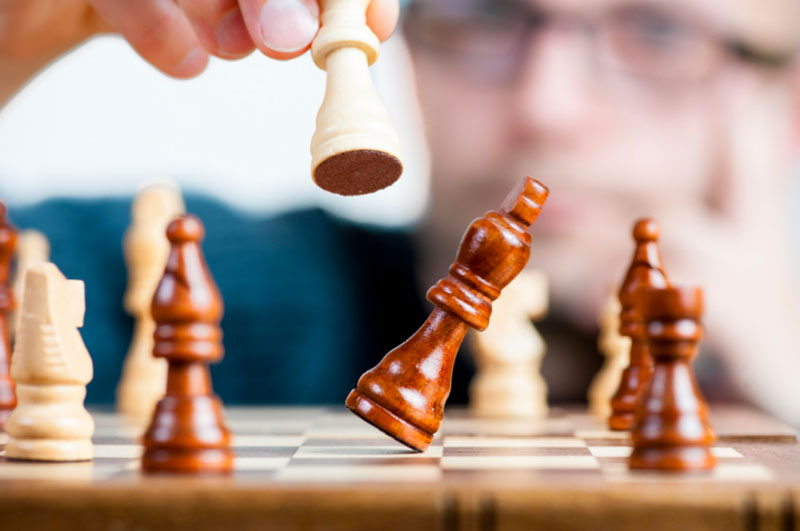 “The more money you make the more problems you get.”

Having a concentrated stock problem won’t get you a lot of sympathy. “Oh, 95% of your net worth is in the three million dollars of company stock you have? I’m so sorry for you” is something you aren’t likely to hear.­

It takes a bit of luck to end up with this problem – most often it comes when an early-stage company you work for does very well. But it can also come from plugging away at a larger, more traditional company that compensates partially with company stock. We’ve seen both types in recent years, employees at successful venture-backed companies like Procore as well as trillion-dollar companies like Apple and Amazon found themselves with the vast majority of their wealth tied up with the fortunes of their employer (or sometimes scarier, a company they are no longer even working at).

An Ounce of Prevention

It is tempting to suggest that this is a problem that can be avoided with some planning. In the case of a private company rocketing to success, that probably is not true. There is simply no way to diversify until the problem exists.

In the case of public companies that pay employees with RSUs, perhaps there is more of a case to make for planning. As we have written about, if you diversify quickly, you can do so without creating any incremental tax. However, often people work for those companies because they believe they are going to do well, and they are comfortable having a lot of their net worth tied up in them because they understand them more deeply. This takes the famous Peter Lynch advice to “buy what you know” to its logical conclusion.

It is very hard to part with the stock that made you rich.

A Pound of Cure

Before we get into potential solutions for managing a concentrated stock position, our compliance team would like to remind you that none of what follows is financial, legal, or tax advice, and you should work with your own team of professionals before implementing any of the following strategies or tactics.

While there are no silver bullets for eliminating the problems that come with a concentrated stock position – specifically the tax overhang and the risk that comes along with being undiversified – there are a number of strategies and tactics for managing the risks.

One common and commonsense approach to figuring out what to do with a concentrated stock position, especially when you want to keep as much of the concentrated position as possible, is to figure out how much you need to live your lifestyle and working backwards from there. For example, let’s say you spend $150K/year and have $10 million of stock. Perhaps you subscribe to “the 4% rule” and therefore want to have a pot of money of about $4 million to draw from. Perhaps you also think you’ll pay about a 33% tax rate on whatever you sell, so you’ve got to sell $6 million of stock to end up with $4 million in cash, which you can then invest in whatever diversified manner you prefer. Aha! We have backed into the answer that you can keep $4 million of the concentrated stock and still achieve your other goals (or at least guarantee yourself a very nice baseline lifestyle).

Other strategies can keep the size of the concentrated stock problem from growing. You might determine that the maximum amount of concentrated stock you want is $10 million, or any other number, and whenever the stock gets above that by some amount, you trim it back to the target. This keeps you at the desired level of financial exposure to the company. And while you will generate some tax liability when you trim, it is all sort of “bonus” at that point.

You can also determine a certain amount you would like to sell (by any method you prefer) but sell it over many years. This nets two new benefits: first, it means you are selling over time and will reduce the risk of missing the top or selling entirely at the low for the period. Second, it splits the gain over several tax years, which for most situations will garner significant benefits thanks to our tiered tax system.

These strategies can of course be used in conjunction with each other and with tactical moves.

Even more so than the strategies above, the tactics we are about to list should be seen as examples of what is possible, but not an exhaustive list, and especially not something that must be undertaken. Often these tactics make more sense for the second “bite at the apple” – aiming for efficiency over simplicity and once the primary financial needs have been taken care of.

Here we get into the world of fancy trusts, charitable entities, and stock management techniques.

Intentionally defective grantor trusts (IDGTs) are trusts which represent a transfer which is complete for gift and estate tax purposes, but not for income tax purposes. This technique is primarily used for transferring assets to the next generation efficiently.

A NING is an Incomplete gift non-grantor trust, and originally was most popular using the laws of the state of Nevada, hence the first “N,” though other states like South Dakota and Delaware are used as situs with some regularity now. These can be thought of as the inverse of the IDGT, they are complete gifts for income tax purposes (i.e., the trust itself pays taxes, not the grantor), but not for gift and estate tax purposes. This technique is used to move assets into more favorable tax jurisdictions and to retain assets in an estate for a step-up event among other reasons.

Charitable remainder unitrusts (CRUTs) are the closest thing to a holy grail in post-1986 tax planning. Thanks to the tax benefits inherent in the trust because of the charitable nature, planning with a charitable trust often brings expected net benefits to both the person funding the trust (or their heirs) and the charity (at the expense of the IRS). We’ve created some resources for showing uses of CRUTs, including this video focused on CRUTs + IRAs and this brochure.

As a highly simplified overview, CRUTs can be used to sell a concentrated stock position without immediately realizing gains. A percentage of the stock (now diversified) is then distributed to owner for the rest of their life, and when the owner or their heirs die, the balance of the account goes to charity.

Private Foundations and Donor Advised Funds (DAFs) are similar in principle and can almost be thought of as the same option planning-wise but with some different bells and whistles.

Fundamentally, both a foundation and a DAF entail giving money away, and unlike a CRUT, it isn’t going to be a win-win, so this is for when giving to non-profits is part of the plan.

If giving money away is part of the plan, it makes sense to take full advantage of it. Charitable giving does create tax opportunities. Like all of the tactics discussed here, this is a simplification, but generally speaking, every dollar you give to a foundation or a DAF will create a dollar of charitable deduction that will enable you to sell a dollar or more of stock for yourself “tax-free”, since you will be offsetting the gain with your deduction.

Both foundations and DAFs are useful vehicles for charitable planning because you can put however much you want into them for tax purposes, but then you can dole the funds to charities over many years (even investing them in the meantime if desired).

One of the most simple examples is the “collar,” where the owner of the concentrated stock does not want to sell (perhaps for tax reasons), but would like to hedge the risk of the stock going down.

In such situations, a strategy such as an option collar can be used. For example, Susie owns $10 million dollars of Stock A, which trades at $100 per share. Susie is worried about the price of the stock going down, and is willing to give up some upside to hedge the downside.

Susie buys put options (which make money if the stock goes down) with strike prices of $80/share and sells call options (which make her money right away but mean she will need to sell her shares if the stock goes up) with strikes at $110/share. Many times, the strike prices are chosen so that the cost of the puts is equal to the amount of income earned from selling the calls.

Hair of the Dog:

In the end, there are no silver bullets or panaceas, and both strategies and tactics will pass into and out of favor over time and as the world and tax law change. Being aware of the major strategical choices and tactical tools available is an important first step in what we think of as one of the thorniest problems in personal finance, managing a concentrated stock position.